Back in the Hearing World, Day One

Yesterday I got turned on... or 'activated' as the Doc says...
Sounds a little dirty, doesn't it?  Ha ha!

I've just experienced my first full day of having nearly perfect hearing. For the first time in my life I can hear without trying.

There are no words to describe the feeling, but it is absolutely strange and exciting, and unbelievably Open....

Lots of people have been asking me all kinds of questions so I want to write an entry to explain how this all came to be, now that I'm finally on the 'answering side' of the situation.  I was very hesitant to have this procedure done, and I would like to help others who might be in the same boat I've been in for a long time.  While I was weighing the surgical options, I found a great Facebook group for people with my same hearing loss and bombarded them with questions.  Thank you to BAHA UK and especially Lee Ray, who had his surgery a few months before me and has been great encouragement.  Also, I want to thank all the kids who paid attention in science class and were curious enough to pursue this creative way to give those of us who can't hear a great option for fixing it. Now is the time to quit reading if you're not interested, because this will probably be a lonnnngg post.  Don't worry, I'll be back to posting about art again next time.  PLEASE SHARE with anyone you know who has untreated hearing loss, this has the potential to change lives forever...

When I was young, I can remember putting my head on my desk at school or the countertop or wall at home because sounds seemed louder.  It turns out that I was listening through bone conduction and not through my actual ears.  Bone conduction is when sound comes through the skull and goes straight to the hearing nerve.  If someone has a hearing loss due to the hearing nerve itself not working properly, then conventional hearing aids or cochlear implants are the best options. I tried conventional hearing aids and although they made everything louder, I still had trouble with understanding words.  Here is a little background on how sound works. Photo shows how the processor delivers sound, bypassing the middle ear altogether. 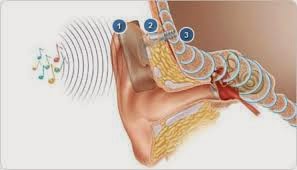 When sounds enter the ear, they bounce off of the ear drum and through the three tiny 'bones of hearing', where the sounds are converted into messages sent to the hearing nerve, and then to the brain to process. In my case, I've had constant ear infections throughout my life which caused both of my eardrums to completely collapse, and my bones of hearing have been eroded away from infection.  Cause of the ear infections? My eustachian tubes are too small, and fluid builds up behind the eardrum because the tubes can't drain normally.  Quite a stupid sounding problem, considering that medical breakthroughs have allowed people to receive artificial hearts, and many other 'tube' related issues have been solved. Eustachian tubes...not so much.  I had surgery to graft cartilage behind my collapsed eardrum about 20 years ago.  It helped for a very short time, but my eardrum collapsed over the graft after surgery and even now there is no way to fix that.

Thankfully, I haven't lost all of my natural hearing.  I can still hear a lot of sounds without aids, and one ear is better than the other.  Without realizing it, my audiologist discovered that I rely a lot on lip-reading.  I have a really hard time understanding people with mustaches, and those who aren't facing me when they speak.  Background noise is the biggest problem.  I think I tune those situations out for the most part, because they make it super hard for me to try to understand.  Restaurants are impossible, social situations... ugh.. it's so much work to keep up in group conversations. Church was difficult, but when our pastor shaved his mustache I was able to hear him much better.  I like watching movies with the cc subtitles on because I don't miss anything, otherwise I feel really frustrated.  At times I think I'm a bit 'hard of listening' instead of 'hard of hearing'; I have to try so hard to understand words that sometimes it's just not worth it and my mind needs a break.

Happily, testing found that my hearing nerve is not damaged.  That means that I have the capability of hearing in the normal range if sounds can get to my hearing nerve.  That's where bone conduction comes in.  I had surgery to place a BAHA implant, or a Bone Anchored Hearing Aid.  The aid works by attaching a screw, (or abutment as they call it) into the skull, which is later attached to a speech processor.  The speech processor interprets sounds and sends them through the skull bone to the hearing nerve, and voila! hearing happens.

There are two ways that a BAHA can work.  One is through the abutment attachment, and the other is through a magnetic attachment.  The magnetic one is still screwed into the skull bone, but the skin is closed over the wound and a sound processor is fitted with a magnetic attachment to be placed over the skin.  This one sounded better to me because I didn't want to have to deal with taking care of an open wound forever.  I was told that the abutment would deliver better results, but I opted for the magnet type anyway.  Maybe vanity had some influence there too.

Somehow, there was a miscommunication between the surgeon and audiology and I mistakenly received the abutment attachment instead of the magnet during surgery.  I discovered this at my 10 day post-op checkup.  They removed the dressing and I was pretty shocked to find a screw sticking out of my head.  I was angry and in disbelief that something like this could have gone wrong.  I'd waited for an option that didn't involve an exposed wound, and thought it was the answer for me when the magnetic version was introduced.  I'm leaving my surgeon's name out of this because in the end, it was probably the best thing and my results were great in spite of the unexpected situation.  I didn't have the guts to go with the abutment type surgery and would never have chosen it on my own, but I'm thankful things worked out the way they did.  I can hear just about everything, and while the magnetic version would have been really nice,  I wouldn't have had as many decibels of improvement.  While I was pretty mad at first, I decided that there was no point in being angry and instead played with photoshop a bit.  Do you like my angry cyclops? 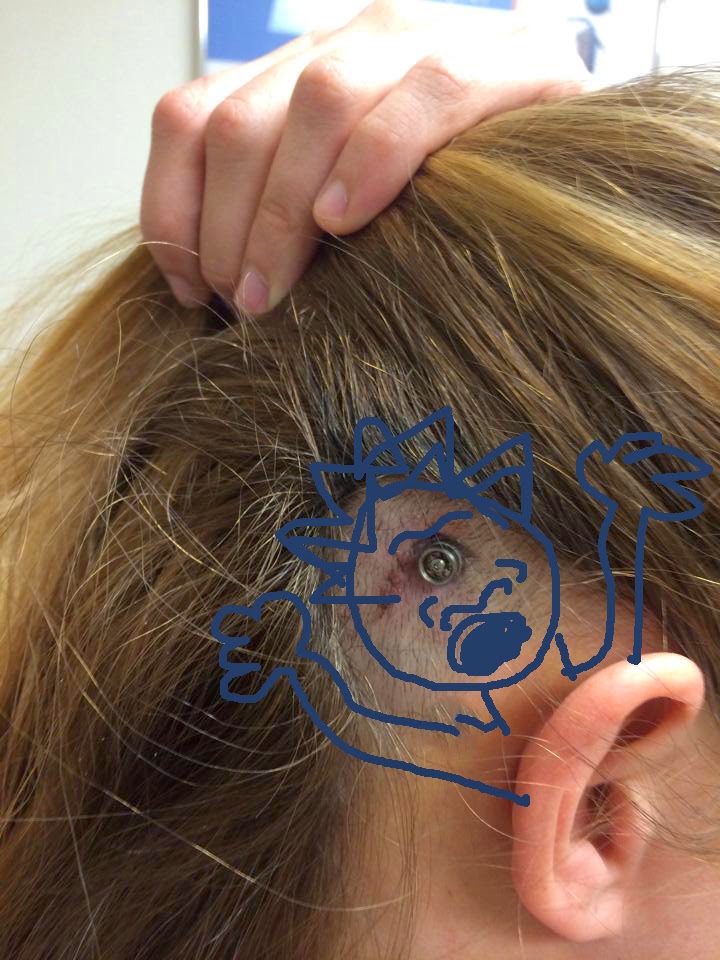 It takes about 3 months for the wound to heal enough to attach the processor.  That's a whole trimester folks, and it's really hard to wait.  I worried that it wouldn't work and I was anxious to get it over with. The speech processor is quite small, and even after just one day it's pretty easy to forget it's there.  It has 3 settings that are easy to change for background noise, outdoors, or everyday situations.  I taught a class in an echo-y room last night and it was a little difficult to figure out how to combat it, but with minor adjustments it worked pretty well in the end. No doubt it is going to take some getting used to, but all said it's fabulous.

The coolest thing so far?  I can put my fingers in both ears and hear as though there is surround sound inside my head. I'm still in utter disbelief!

here is what the processor looks like: mine is going to get some 'decoration' at some point. 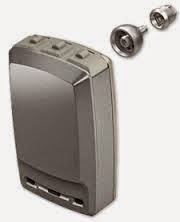 To answer a few questions... Yes, I wish I had done this sooner.  Yes there is a screw permanently sticking out of my head.  It doesn't hurt much, just tender 3 months after surgery.  Is it noticeable? Yes. Do I care? NO.  Is it expensive? Yes and no.  If you are a candidate for this procedure, (meaning your hearing loss is able to be corrected with it) insurance, medicaid, or medicare usually covers it.  Mine only cost $400 to activate it.  Surgery, along with the processor and wireless accessories were covered 100%. Am I happy?  You have no idea :)